The skin – how does the skin of women and men different? 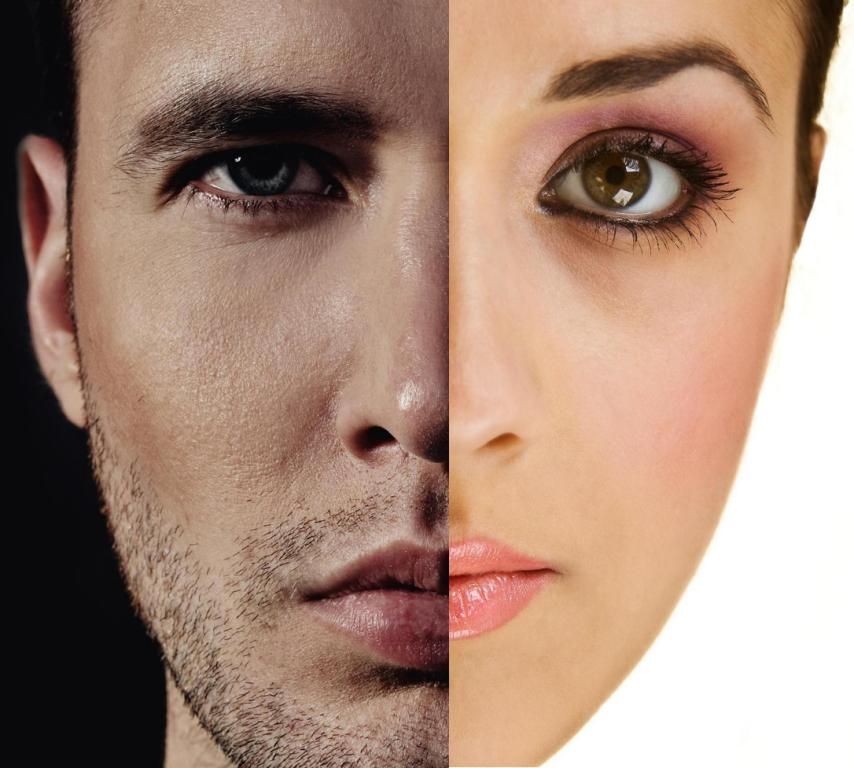 Men also want their skin to be visibly and noticeably healthy. They have the same problems as women, such as sensitive skin, acne, and skin aging, but there are gender differences. Men’s skin differs from women’s skin in structure and function, both on the face and on the body, and is therefore treated differently. That is why men benefit from specially tailored skincare that keeps the skin healthy and in top form.

What are the differences?

The hormone testosterone determines the properties of male skin and ensures a different structure than that of women. While every man’s skin is different, men’s skin is generally thicker and oilier on the face and body. It also ages in a different way.

On average, men’s skin is about 20% thicker than women’s skin. It contains more collagen and has a tighter, firmer appearance. The collagen content of men’s skin decreases continuously. Women’s skin is only affected later, especially after the menopause. But then it becomes significantly thinner and the effects are more pronounced than on men’s skin.

Men’s skin produces twice as much sebum, so it’s oilier, shinier and more prone to breakouts and acne.

Signs of skin aging appear later in men, but the changes then take place rapidly.

Men experience the most severe muscle wasting and sagging skin with bags under the eyes and dark circles around the eyes that make them look tired.

Men also get wrinkles, but these are considered to be less of a problem than in women. Wrinkles appear later in men than in women, but when they appear, they are usually already very pronounced.

Regular shaving puts a lot of strain on men’s skin.

Daily shaving stresses the skin and can cause irritation. The top layer of skin is removed so that immature skin cells, which are particularly sensitive to external influences, are on the outside.

Up to 40% of men struggle with skin problems caused by shaving, especially younger fair-skinned men.

A dull razor or poor gliding can cause cuts, razor burns, and sometimes razor bumps.

Since men’s skin differs from women’s skin, it benefits from specially tailored skincare products that are adapted to the specific properties of men’s skin.

A careful shave is recommended, especially for sensitive skin or skin diseases such as acne and neurodermatitis:

Protect and lubricate the skin with shaving products. The razor then glides gently over the skin, avoiding cuts. Shaving products should be mild and soothe sensitive skin, because aggressive products can increasingly release natural lipids from the skin and thus further weaken the skin barrier. We also recommend shaving products with antibacterial properties to protect the skin from shaving irritation.

Use a clean, sharp blade for a close shave without razor burn or pimples.

Shave in the direction of hair growth, not against it.

Moisturizers and anti-aging products for men should have a light consistency. Skin that has been stressed by shaving may not tolerate rich and greasy products.

Cracking The Does Txunamy Have A Tattoo? Code

2 thoughts on “The skin – how does the skin of women and men different?”