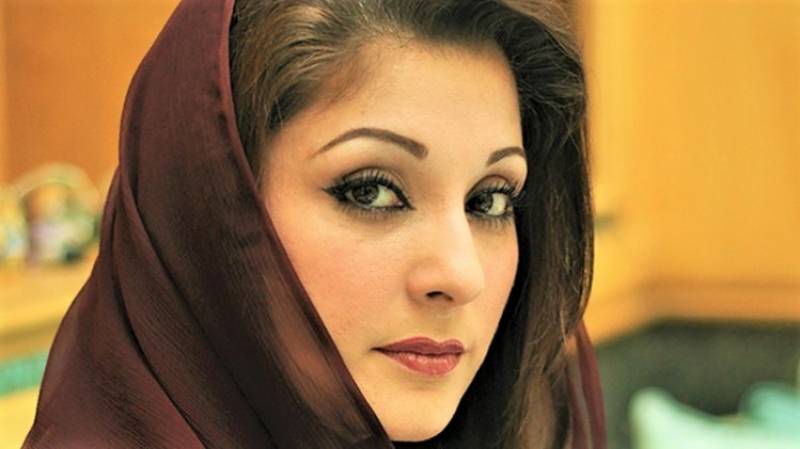 Maryam Nawaz, also known as Maryam Nawaz Safdar, is the daughter of the former prime minister of Pakistan, Muhammad Nawaz sharif. She is one of the most charismatic political leaders of Pakistan.

Maryam Nawaz was born on 28th October 1973 in Lahore, Pakistan. She was the first daughter of Nawaz Sharif and Kulsoom Butt (late). She completed her early education at the Convent of Jesus and Mery, Lahore. Her aim was to become a doctor and serve humanity. However, she could not materialize her dream of becoming a doctor.  When she got admission to King Edward Medical College in the late 1980s there was a problem over her admission. Therefore,  she left her medical education without completing it. While in later years, she completed her master’s degree in English Literature from the University of Punjab Lahore

She was 19 years old when she married Safdar Awan. he was a former security officer of Nawaz Sharif. Maryam got married in 1992. Maryam assumed the title of Maryam Safdar Awan after her marriage.

Maryam has three children with Safdar Awan. She has two daughters and one son. Junaid is her son and Mahnoor Safdar and Mehrun Nisa are her daughters.

Maryam Nawaz Sharif worked as chairperson of her family organizations like the chairperson of Sharif trust, Sharif medical city, and Sharif educational institutions.

The political career of Maryam Nawaz Safdar can be divided into different categories. She actively participates in politics.

In November 2011, Shahbaz Sharif gave her permission to join politics as she had earlier expressed to take part in politics. However, at the beginning of her political career, she mostly visited educational institutions and gave speeches on different topics, especially, on women’s rights.

In January 2012, she tweeted “I’m only assisting Nawaz Sharif at the moment. No intentions of getting into electoral or practical politics”. She was made in charge of the Nawaz Sharif election campaign during the 2013 Pakistani general election where she reportedly played a prominent role.

In the election of 2013, Maryam Nawaz tweeted that she was only assisting Nawaz Sharif at the moment. Furthermore, she said that she had no intention of getting electoral or practical politics. However, she led Nawaz Sharif’s election campaign in the 2013 Pakistani general elections. She played a very important role in the elections and that was a time when she practically started taking part in Pakistani politics.

In November 2013, she took the charge of the chairperson of the prime minister’s youth program. However, PTI (Pakistan Tehreek Insaf) challenged her appointment in High Court. The court ordered to remove her from the post and she resigned herself a day later the decision. Since she had great control over the affairs related to Government, that’s why she received a lot of allegations from her political rivalries.

The year 2017 and Maryam Nawaz

Finally, 2017 was the year when Maryam Nawaz became very famous as a political leader. In March 2017, she was among the BBC’s 100 Women. In December 2017, she was featured on The New York Time’s 11 most powerful women in the world. Therefore, she got nationally as well as internationally huge fame.

This case changed the life of Maryam Nawaz Sharif. In 2017, the Supreme Court of Pakistan gave the verdict about Panama Papers Case, and Nawaz Sharif was disqualified by the court. She fought for her father’s rights and also took part in an election campaign for her mother.

The National Accountability Bureau of Pakistan filed a case of Avenfield reference against her. In July 2018, she was sentenced to seven years in jail and later on was released on bail by Lahore High Court. Now, she is vice president of Pakistan Muslim League- N. Maryam Nawaz is getting huge popularity among the masses of Pakistan. There are millions of followers of Maryam Nawaz Sharif on her Twitter account. She also uses various other social media platforms to remain attached to her supporters.